2/3 #Zaporizhzhia
There is confirmed information stating that the #Russian occupying forces laid mines at the power units of the #Zaporizhzhia Nuclear Power Plant in Enerhodar, 📷 & Art. Ukrinform #Ukraine️ #Russia. 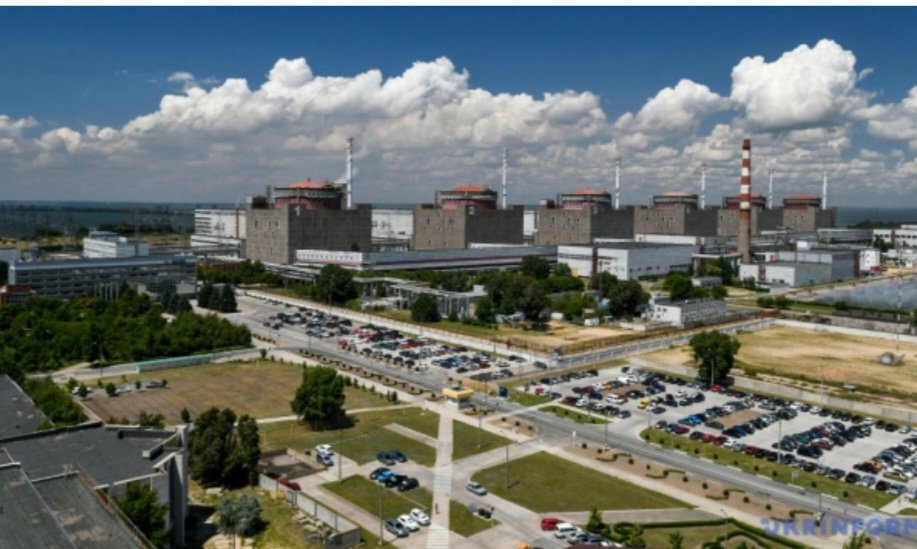 This does not make sense, but neither do any of Russia’s actions toward the plant. They took the plant by shelling it and caused a fire that destroyed one of the administrative buildings. They are rumored to have mined the plant. The Ukrainian operators are effectively prisoners. The Russians regularly shell the nearby city where the operators’ families live.

There are a couple of possibilities, not mutually exclusive, for why the Russians took the plant. First, it would be consistent with a plan to grab all of Ukraine and install a puppet government, which seems to have been the initial Russian intent. Having control of power plants would be a good thing. The Russians seized Zaporizhzhia early, along with a couple of hydroelectric power plants. Second, it is a relatively safe military base because the Ukrainians have the good sense not to shell a nuclear plant. The district in which it is located, Zaporizhzhia, is one of the ones that Russia has said it plans to incorporate as it did Donetsk and Luhansk.

The reports from the plant are confusing. The International Atomic Energy Agency, with which both Ukraine and Russia have agreements, is responsible for overseeing safety at nuclear plants. Russia has kept their inspectors out of the Zaporizhzhia plant. The Secretary General is appealing to the Russians to allow the IAEA in. He is being quoted as saying that the plant is “is completely out of control,” which is not true in the frightening way you might think. He is talking about the IAEA controls that assure that nuclear material is not being diverted for weapons purposes, which can’t be confirmed unless the inspectors are allowed into the plant.

The EU condemns Russia’s military activities around #Zaporizhzhia nuclear power plant. This is a serious and irresponsible breach of nuclear safety rules and another example of Russia’s disregard for international norms. @iaeaorg must gain access.

So far, there have been no radioactive leaks. The New York Times says that three of the six reactors are operating to provide power to the region, but one reactor is said to have been taken offline. The points that might leak radioactivity are the reactors and the spent fuel pools. The reactors are protected by concrete domes. The domes are strong enough to survive an aircraft crash.

In 1988 the U.S. government wanted to know how strong reinforced concrete is, the very same stuff used in construction of nuclear reactor facilities, So they launched an F4 Phantom jet at 500 mph and slammed it head-on directly into a slab of concrete https://t.co/O4UzUa2VIZ pic.twitter.com/o0Abc9qXPn

I see a criticism that the experiment shown in that video was primarily to determine the impact force of the plane, not to prove anything about the concrete, which looks like it’s damaged in the impact. Additionally, an explosion has a different sort of impact, but size also matters. The reactors are protected to some degree by the concrete domes, but fighting a war close to them is a bad idea.

The occupiers seriously damaged the nitrogen-oxygen station and the joint auxiliary building. There are risks of hydrogen leakage and sputtering of radioactive substances. Fire danger is high. (Source)

I don’t know what that means. I suspect that this has been garbled several times from its beginnings as a statement from a Ukrainian operator who understood what the damage was, through being okayed by Russian handlers, to bureaucrats who may not understand the technical side, to reporters, through translation from Ukrainian to English.