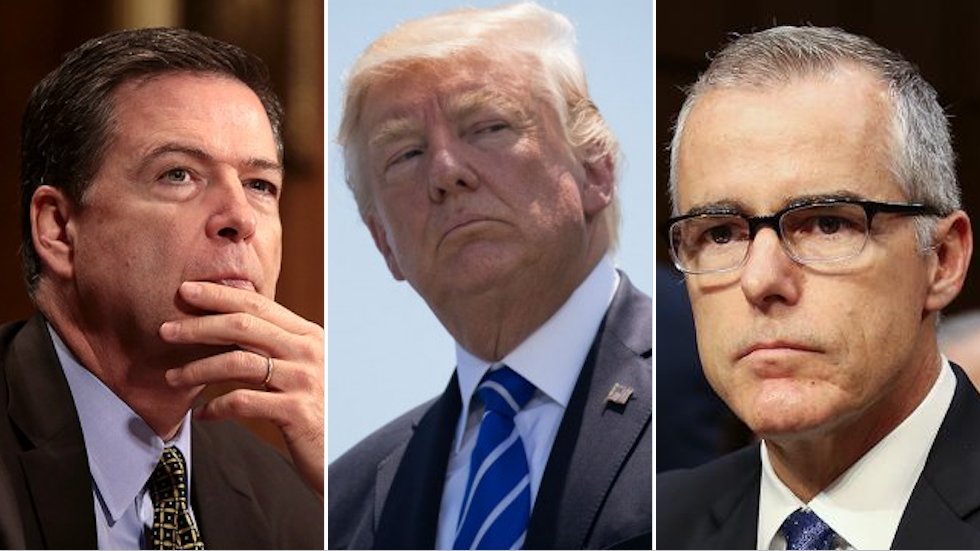 The former F.B.I. director and his deputy, both of whom former President Donald J. Trump wanted prosecuted, were selected for a rare audit program that the tax agency says is random.

Among tax lawyers, the most invasive type of random audit carried out by the I.R.S. is known, only partly jokingly, as “an autopsy without the benefit of death.”

One of the few who received a bureaucratic letter with the news that his 2017 return would be under intensive scrutiny was James B. Comey, who had been fired as F.B.I. director that year by President Donald J. Trump. Furious over what he saw as Mr. Comey’s lack of loyalty and his pursuit of the Russia investigation, Mr. Trump had continued to rail against him even after his dismissal, accusing him of treason, calling for his prosecution and publicly complaining about the money Mr. Comey received for a book after his dismissal.

Mr. Comey was informed of the audit in 2019. Two years later, the I.R.S., still under the leadership of a Trump appointee after President Biden took office, picked about 8,000 returns for the same type of audit Mr. Comey had undergone from the 154 million individual returns filed in 2019, or about one in 19,250.

Among those who were chosen to have their 2019 returns scrutinized was the man who had been Mr. Comey’s deputy at the bureau: Andrew G. McCabe, who served several months as acting F.B.I. director after Mr. Comey’s firing.

Mr. McCabe was later dismissed by the Trump Justice Department after its watchdog accused him of misleading internal F.B.I. investigators. Like Mr. Comey, he had come to be perceived as an enemy by Mr. Trump, who assailed him, accused him of treason and raised questions about his finances long after pushing for his dismissal and prosecution, a pattern that continued even after Mr. Trump lost the 2020 election and began trying to overturn the results.

Mr. Comey and Mr. McCabe — whose spouses were also audited because both couples filed joint returns — provided the letters initiating their audits to The New York Times. Mr. Comey provided The Times with a privacy release allowing the I.R.S. to respond to a Freedom of Information Act request about his case. Neither man knew that the other had been audited until they were told by a reporter for The Times.

The minuscule chances of the two highest-ranking F.B.I. officials — who made some of the most politically consequential law enforcement decisions in a generation — being randomly subjected to a detailed scrub of their tax returns a few years after leaving their posts presents extraordinary questions.