“flying Ginsu.” EXPLAINER: A look at the missile that killed al-Qaida leader (from @AP). 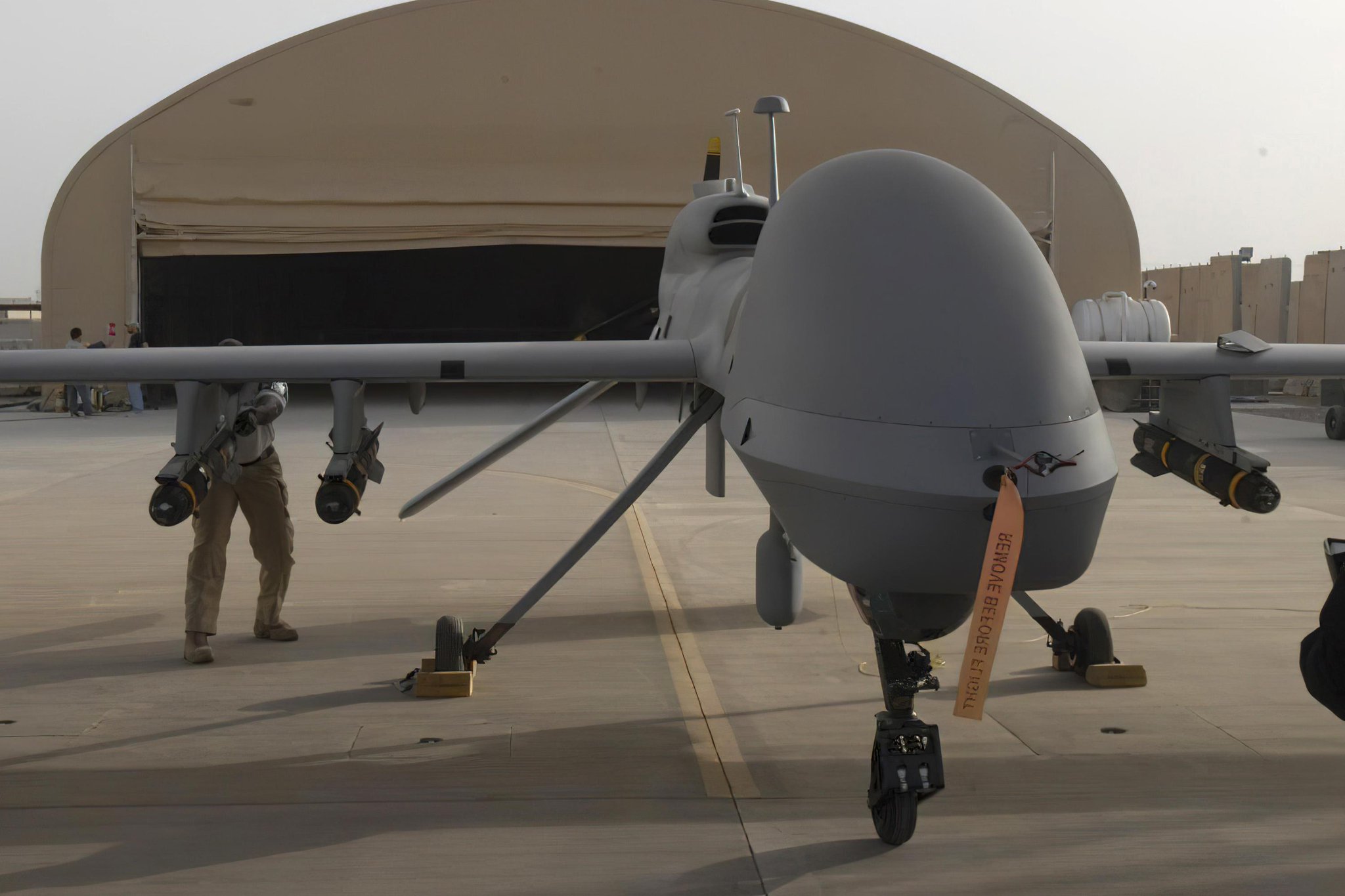 WASHINGTON (AP) — For a year, U.S. officials have been saying that taking out a terrorist threat in Afghanistan with no American troops on the ground would be difficult but not impossible. Last weekend, the U.S. did just that — killing al-Qaida leader Ayman al-Zawahri with a CIA drone strike.

Other high-profile airstrikes in the past had inadvertently killed innocent civilians. In this case, the U.S. carefully chose to use a type of Hellfire missile that greatly minimized the chance of other casualties. Although U.S. officials have not publicly confirmed which variant of the Hellfire was used, experts and others familiar with counterterrorism operations said a likely option was the highly secretive Hellfire R9X — know by various nicknames, including the “knife bomb” or the “flying Ginsu.”

That potential use of the R9X, said Klon Kitchen, senior fellow at the American Enterprise Institute and a former intelligence analyst, suggests the U.S. wanted to kill al-Zawahri with “limited likelihood of collateral death and destruction and for other relevant political reasons.”

Originally designed as an anti-tank missile in the 1980s, the Hellfire has been used by military and intelligence agencies over the last two decades to strike targets in Iraq, Afghanistan, Yemen and elsewhere.

The precision-guided missiles can be mounted on helicopters and unmanned drones and are used widely in combat around the world. More than 100,000 Hellfire missiles have been sold to the U.S. and other countries, according to Ryan Brobst, an analyst at the Foundation for the Defense of Democracies, a Washington think tank.

The U.S. military has routinely used Hellfire missiles to kill high-value targets, including a senior al-Qaida leader in Syria last year, and al-Qaida propagandist Anwar al-Awlaki in Yemen in 2011.

The U.S. had multiple options for the attack. It could have used a traditional Hellfire, a bomb dropped from an manned aircraft, or a far more risky assault by ground forces. U.S. Navy SEALs, for example, flew into Pakistan on helicopters and took out Osama bin Laden in a raid.

In this case, the CIA opted for a drone strike. And while the CIA generally doesn’t confirm its counterterrorism missions and closely guards information about strikes it conducts, U.S. government officials have said that two Hellfire missiles were fired at the balcony of the building where al-Zawahri was living in Kabul.

Online images of the building show damage to the balcony, where the U.S. says al-Zawahri was, but the rest of the house is standing and not badly damaged.

Unlike other models of the Hellfire, the R9X doesn’t carry an explosive payload. Instead, it has a series of six rotating blades that emerge on its final approach to a target, Kitchen said. “One of their utilities is in opening up vehicles and other obstructions to get to the target without having to use an explosive warhead,” he said.