China says it is canceling or suspending dialogue with the on issues from climate change to military relations and anti-drug efforts in retaliation for a visit this week to Taiwan by House Speaker Nancy Pelosi.. 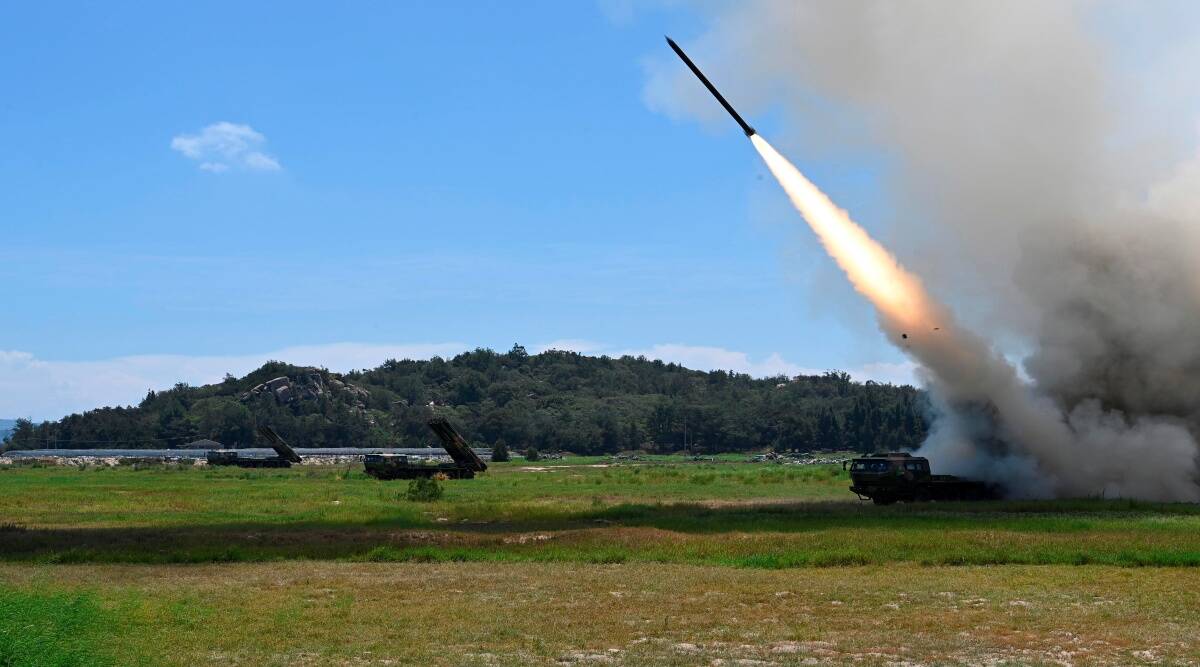 China says it is canceling or suspending dialogue with the U.S. on a range of issues from climate change to military relations and anti-narcotics efforts in retaliation for a visit this week to Taiwan by U.S. House Speaker Nancy Pelosi

BEIJING — China on Friday said it is canceling or suspending dialogue with the United States on a range of issues from climate change to military relations and anti-drug efforts in retaliation for a visit this week to Taiwan by U.S. House Speaker Nancy Pelosi.

The measures, which come amid cratering relations between Beijing and Washington, are the latest in a promised series of steps intended to punish the U.S. for allowing the visit to the island it claims as its own territory, to be annexed by force if necessary. China on Thursday launched threatening military exercises in six zones just off Taiwans coasts that it says will run through Sunday.

Missiles have also been fired over Taiwan, defense officials told state media. China routinely opposes the self-governing island having its own contacts with foreign governments, but its response to the Pelosi visit has been unusually vociferous.

The Foreign Ministry said dialogue between U.S. and Chinese regional commanders and defense department heads would be canceled, along with talks on military maritime safety.

The actions were taken because Pelosi visited Taiwan “in disregard of China’s strong opposition and serious representations,” the ministry said in a statement.

China has accused the Biden administration of an attack on Chinese sovereignty, although Pelosi is head of the legislative branch of government and Biden had no authority to prevent her visit.

Chinas actions come ahead of a key congress of the ruling Communist Party later this year at which President Xi Jinping is expected to obtain a third five-year term as party leader. With the economy stumbling, the party has stoked nationalism and issued near-daily attacks on the government of Taiwanese President Tsai Ing-wen, which refuses to recognize Taiwan as part of China, in order to solidify its support among the public.

China said Friday that more than 100 warplanes and 10 warships have taken part in the live-fire military drills surrounding Taiwan over the past two days, while announcing mainly symbolic sanctions against U.S. House Speaker Nancy Pelosi and her family over her visit to Taiwan earlier this week.

The official Xinhua News Agency said Friday that fighters, bombers, destroyers and frigates were all used in what it called “joint blockage operations.”

The Rocket Force also fired projectiles over Taiwan into the Pacific, military officers told state media, in a major ratcheting up of China’s threats to attack and invade the island.

The drills, which Xinhua described as being held on an “unprecedented scale,” are Chinas most strident response to Pelosis visit. The speaker is the highest-ranking U.S. politician to visit Taiwan in 25 years.

Dialogue and exchanges between China and the U.S., particularly on military matters and economic exchanges, have generally been halting at best. Climate change and fighting trade in illegal drugs such as fentanyl were, however, areas where they had found common cause, and Beijings suspension of cooperation could have significant implications for efforts to achieve progress in those issues.