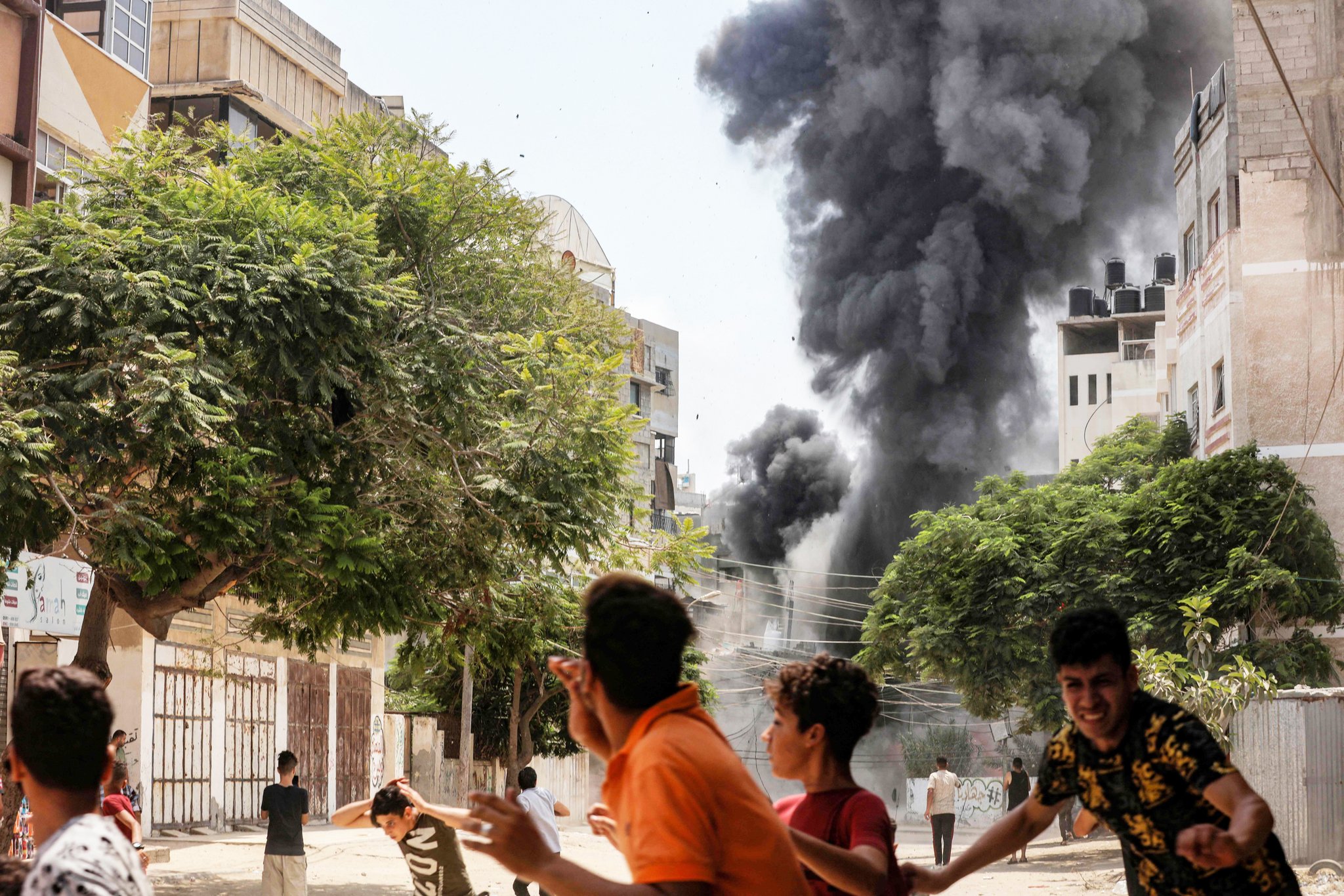 Israel struck in Gaza and Palestinians fired rockets at Israeli cities on Saturday after an Israeli operation against the Islamic Jihad militant group ended more than a year of relative calm along the border. Israel on Friday killed one of the groups senior commanders in a surprise daytime air strike on a high-rise building in Gaza City which drew rocket salvoes in response.

Islamic Jihad said it had targeted Israels main international gateway, Ben Gurion Airport, but the rocket fell short near Modiin, around 20 kilometres (12 miles) away, and the Civil Aviation Authority said the airport was operating as usual with flight routes adjusted. Most of the missiles were intercepted and there were no reports of serious casualties, according to the Israeli ambulance service.

Egyptian, U.N. and Qatari efforts to end the fighting were underway. Further escalation would largely depend on whether Hamas, the Islamic militant group which controls Gaza, would opt to join the fighting. The Israeli strikes have killed 14 Palestinians, including at least four more Islamic Jihad militants and a child, and have wounded at least 110 people, the Palestinian Health Ministry said. Islamic Jihad did not provide precise details on how many of its members had been killed and signalled no immediate ceasefire. “The time now is for resistance, not a truce,” a group official told Reuters.

Overnight, the Israeli military said it had apprehended 19 Islamic Jihad militants in raids in the Israeli-occupied West Bank while targeting the groups rocket manufacturing sites and launchers in Gaza. U.N. ENVOY CONCERNED

Around 2.3 million Palestinians are packed into the narrow coastal Gaza Strip, with Israel and Egypt tightly restricting movement of people and goods in and out of the enclave and imposing a naval blockade, citing security concerns. Israel stopped the planned transport of fuel into Gaza shortly before it struck on Friday, crippling the territorys lone power plant and reducing electricity to around 8 hours per day and drawing warnings from health officials that hospitals would be severely impacted within days.

The frontier had been largely quiet since May 2021, when 11 days of fierce fighting between Israel and militants left at least 250 in Gaza and 13 in Israel dead. The U.N. Mideast envoy Tor Wennesland said he was deeply concerned about the violence and the Western-backed Palestinian Authority condemned Israels attacks.

Gaza streets were largely deserted on Saturday afternoon. At the site where top Islamic Jihad commander Tayseer al-Jaabari was killed, rubble, glass and furniture were strewn along the street. A neighbour, Mariam Abu Ghanima, 56, said the Israeli military did not issue a warning before the attack as it has done in previous rounds of violence.

A spokesperson for the military said the force had made efforts to avoid civilian casualties in the surprise attack, which had used precision means to target a specific floor of the building. Israel has imposed special security measures in its southern territories near Gaza and is preparing to call up some 25,000 military personnel, according to Army Radio and the streets in towns near the border were empty.

Tensions rose this week after Israeli forces arrested an Islamic Jihad commander in the West Bank, drawing threats of retaliation from the group. Israeli Prime Minister Yair Lapid said Fridays strikes thwarted an immediate and concrete attack by Islamic Jihad, which is backed by Iran and designated as a terrorist organisation by the West.

Some Israeli political analysts said the military operation provided Lapid with an opportunity to bolster his security credentials ahead of a Nov. 1 election. (Writing by Maayan Lubell; editing by Robert Birsel and Jason Neely)